Our hostess offered the following challenge to her coven of contributors:

Talk about your tipping point.  When you finally broke and decided to embrace all of this and wander out into the great big world.

Here is the web dictionary definition of tipping point: The point at which a series of small changes or incidents becomes significant enough to cause a larger, more important change.

For me, I had been tip-toeing around going out in public. In the mid-2000’s I got dressed and attended a trans party where I didn’t know anyone. After about 20 minutes, I became very uncomfortable, not because of what anyone did, but I just had a mini panic attack and just left.

Fast forward a few years, and I did the standard crossdresser thing; get dressed and go for a walk at night in an empty parking lot where no one would see me (generally out of town after dressing in a hotel room). Probably not the smartest thing to do, but it was a compromise between the thrill of being out versus the fear of being seen and outed/ridiculed.

About six or seven years ago–probably 2014–I got dressed Halloween evening and went for a walk down a popular street in University City (a St. Louis suburb). I walked for about 45 minutes, didn’t go into any stores, and tried to avoid contact (one man did say something to me like “looking good”). Baby steps, but my fears still exceeded my ambitions.

I finally arrived at my tipping point in September 2015. The ironic thing–it was after a boys trip. My cousin Mark grew up in the San Francisco area, but moved near me in the early 1980’s. He had a number of friends/softball buddies in the Bay Area, and every year he would travel to Reno for a golf outing. About 20 to 30 guys would attend to golf, gamble, and guzzle (alcohol). Mark would always invite me, and after I retired I started attending (I think my first year was 2013).

I enjoyed the golf (I’m not much for gambling or guzzling), but always enjoyed the trips. I also would have a couple of days before the outing for an extra round of golf and some outdoor activities at Lake Tahoe, a very scenic spot of the USA.

Some time in 2015 I realized if I extended my golf trip for a couple of days after the golf outing, I could drive from Reno to San Francisco, and have my first days out in San Francisco. San Francisco has a long history of being LGBT-friendly, plus no one would know me. The idea became a plan, and then the plan a reality. I made the reservations; plane, rental car, hotel in downtown San Francisco. I was determined to do this and not get cold feet.

I traveled with a large suitcase AND my golf clubs. Half of the clothes in my suitcase were my boy clothes, and the other half of the suitcase housed all my girl stuff, all in a black plastic trash bag (I was sharing a hotel room at the golf outing with my cousin; I wanted my hidden stuff hidden).

Finally, the day arrived. Drove from Reno to San Francisco, dropped off the rental car, comically dragged my large suitcase and golf clubs from the rental car drop-off to the hotel. I checked in and walked around a bit in guy mode, but I did stop at a MAC store to buy foundation (a big step for me). My second stop was Sephora, to confirm my scheduled makeover for the next day. I wanted to know exactly where the Sephora was, because I would be walking from my hotel to the store dressed, but with no makeup.

That night I got dressed and walked around downtown San Francisco for a while. I was too nervous to go to a restaurant dressed, so I cleaned up and went for a late dinner.

My makeover at Sephora was scheduled for the early afternoon the next day. I got dressed and made the several block walk to the store, located in a downtown mall. I realized my makeover was going to be out in the open, but I dealt with it. My MUA, Chelsea, was great, and I loved it. It was what I wanted to do for the longest time. After the makeover, I went to Macy’s, tried to be as invisible as much as I could so I could try on some clothes, and then went to an early dinner at the Cheesecake Factory. It all went too quickly.

(Unfortunately, Mark’s health took a turn for the worst after that year (and sadly he died in 2019), so that was my last trip to Reno. If I had gone to Reno again, I definitely would have done the detour to San Francisco again.)

It took a boys trip to Reno to allow the girl in me to blossom.

Thanks for sharing Dee!

2 thoughts on “All the Way to Reno” 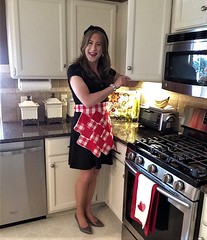